Into The Mountains | Hiking Tour 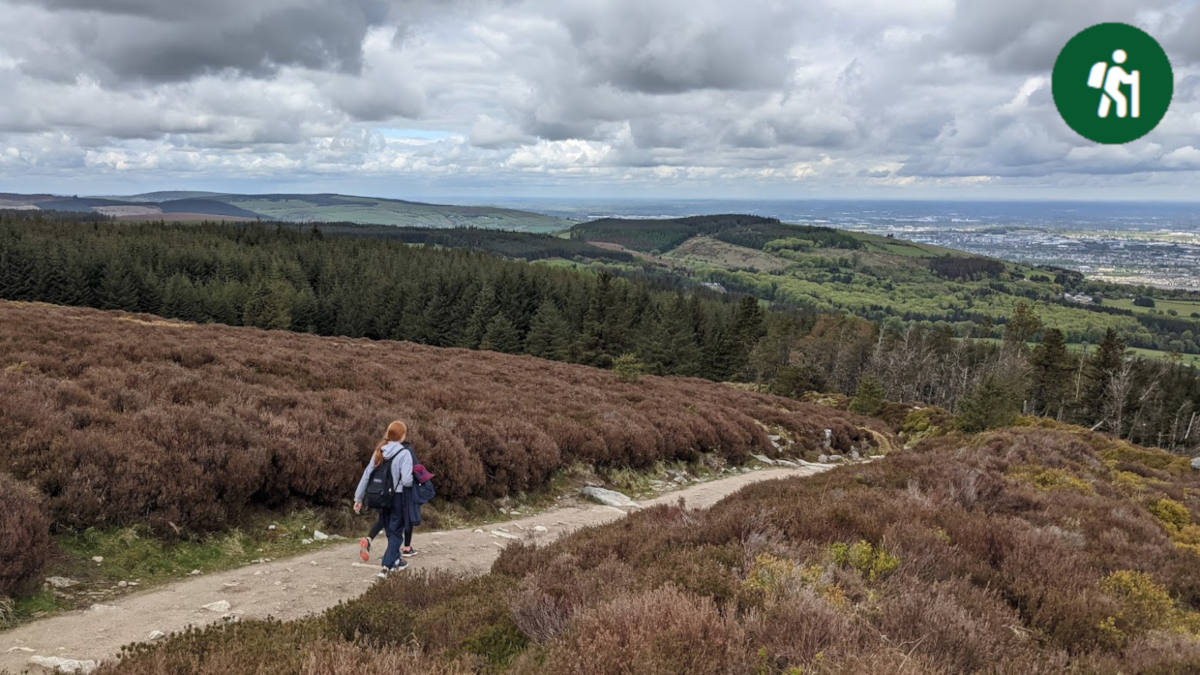 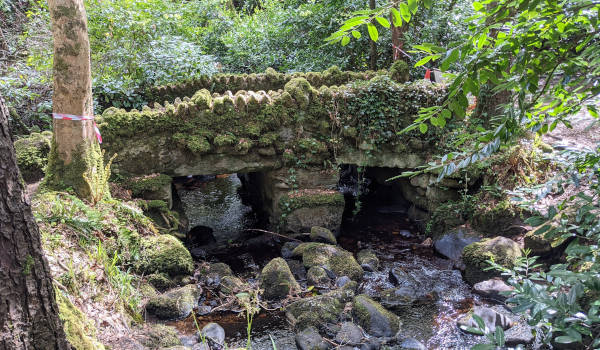 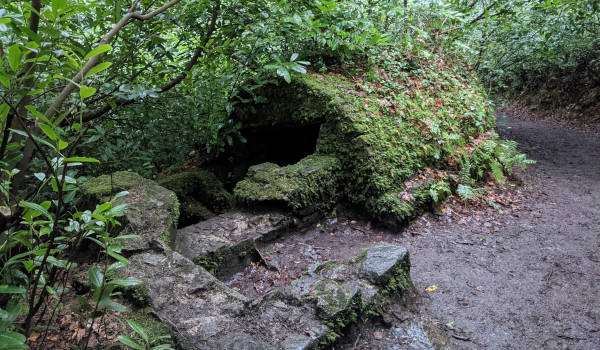 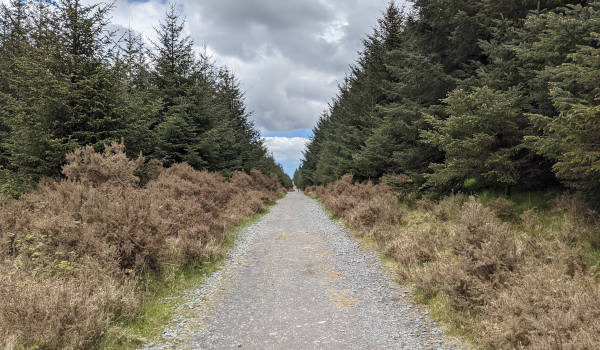 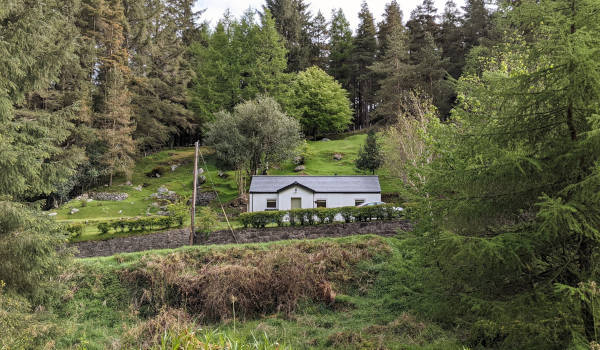 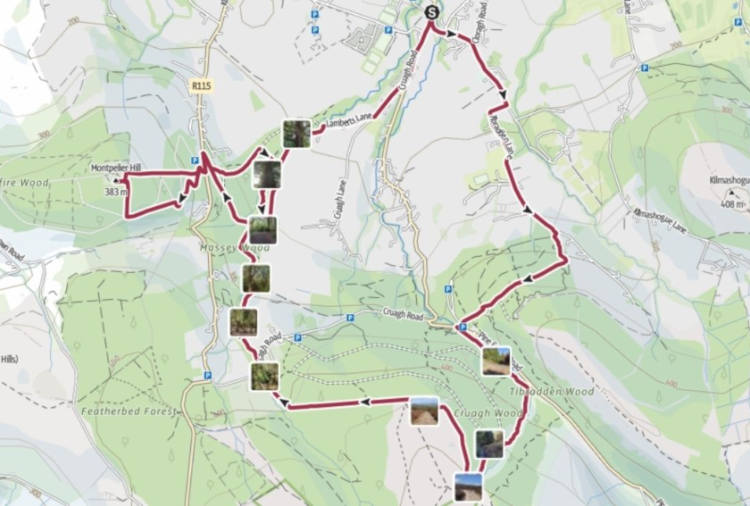 This is a private tour for groups from 2 to 8 persons.

From €27.50 per person, including transport

This full day excursion avails of one of the few bus services that takes you from Dublin’s City Centre to the heart of the Dublin Mountains and back again. Trek through native and pine forests and look down on Dublin City. Hear the stories of how one of Ireland’s wealthiest families went bankrupt and the sordid tales of the Hell Fire Club and their 18th Century antics, and lots more, on location!

Take local double decker bus from the city centre out through the suburbs and into the foothills.

Following a country road, pass a cemetery and church that date from the 5th Century AD before continuing through farmland and on through woodland trails. Now a rare habitat of native trees, it was once the grand estate of a wealthy family who fell on hard times through the profligacy of one of their members.

Continuing along the only remaining intact surface of the old military road, constructed by the crown forces at the beginning of the 19th century, follow an uphill trail to the top of Montpellier Hill. Here you can venture inside, if you are brave enough, the ruin that was built as a hunting lodge in the early 18th century and hear many of the haunting tales of the Hellfire Club and the antics they allegedly got up to here, back in the day.

Returning via an alternative route to the native woodland, the trek continues through a 19th century walled garden. Visit a rare megalithic wedge tomb before heading up along a tail through a coniferous forest. Pause to catch your breath and take in the stunning views of Dublin City, the bay area and beyond.

The rest of the hike is all down hill, along trails, forest roads and eventually a winding country road.

Choose to indulge in a well earned hearty lunch in a family run rustic cafe, or, if you prefer, tuck into a packed lunch al fresco!

Guests should be in general good health with a basic level of fitness, able to walk at a leisurely pace for upto 3 hours with regular rest stops

Guests should be in general good health with a good level of fitness, able to walk, hike or cycle at a moderate pace for upto 5 hours with regular rest stops

Guests should be in general good health with a strong level of fitness, able to walk, hike or cycle at a moderate pace for over 5 hours with occasional rest stops