There is a house on the side of the road not far from where I live. On the 27th July in the year 1803, a small group of young men entered this house. They were seeking refuge and safety, for they had left violent scenes in the city just four days before, and were now wanted men for the part they had played in the events there. Later that day, some soldiers knocked on the door of the house in search of the men. The woman who lived in the house, Mrs. Kearney, dissuaded the soldiers from pursuing their search, saying that the rafters were rotten and should they continue they would surely fall to their deaths. Heeding the advice, the soldiers about turned and continued their search elsewhere. No matter, for less than one month later, on the 25th Aug, one of the young men, their leader, was captured closer to the city in a place called Harolds Cross. He was tried and convicted of his crimes and executed in the city the following month by hanging. His name was Robert Emmet.

Immediately after the execution, the man who performed it, Thomas Galvin, decapitated the body and lifting the severed head, declared it to be that of a traitor, before a crowd of onlookers. 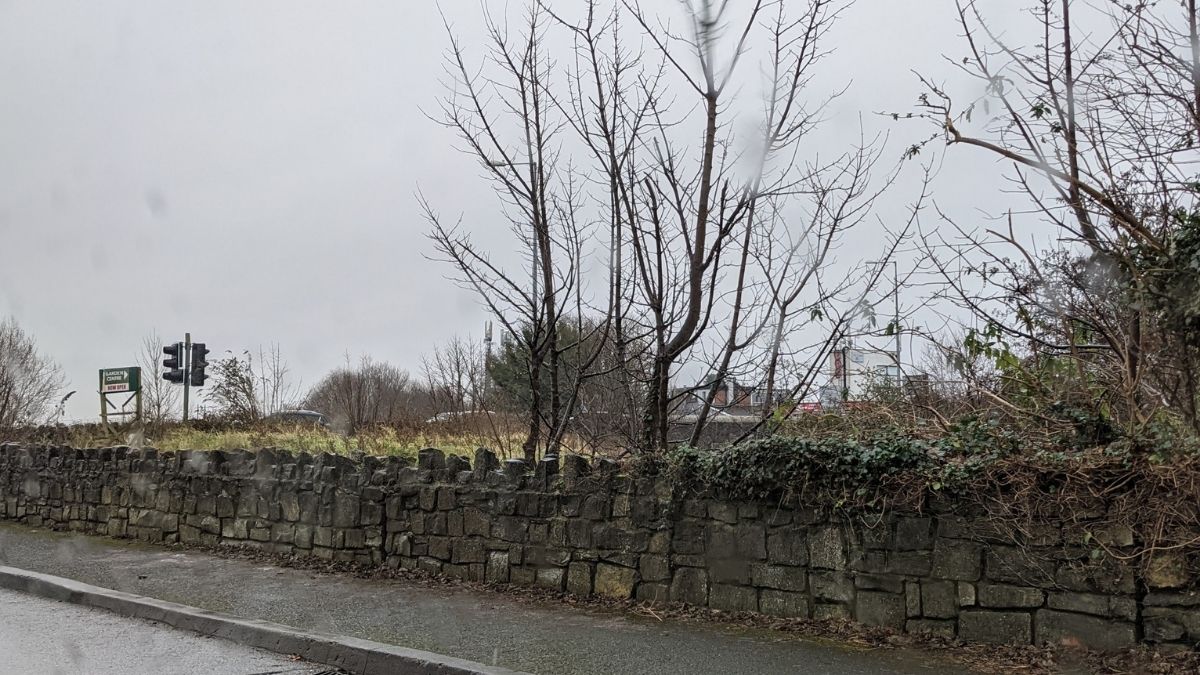 About two and a half miles north of this house, and some thirteen years later, a man by the name of John Kinlan mysteriously disappeared on his way home one evening, somewhere in the vicinity of this bridge. Though neither the man nor his body was ever found, three men, a father and his two sons, were tried and convicted of his murder, or of conspiracy to murder, on the basis of a threat to the life of the missing man they had made a week before, and also on some circumstantial evidence. They were tried and convicted and subsequently executed by hanging in a field near a ford over the river Dodder, about a quarter of a mile upstream from this bridge. It is said that the father, too frail, had to be assisted by one of his sons to climb onto the gallows, so he could be hung. A short distance from here was a pub that was run by one of the executed men, named William, commonly known as Billy. Today, there is a pub and restaurant in the same location. It’s called the Old Mill.

The man who oversaw the execution was the same, Thomas Galvin. He was the hangman for Dublin city and county from 1787 to 1831.

The man who convicted and sentenced the three men was Lundy Foot. He resided in this large mansion about two miles to the south east. The house was called Footmount, after his father who had built it. Lundy Foot was an unpopular figure, notorious for his cruel and harsh sentences. Not long after the execution of the three men he left south county Dublin to live in south Leinster, where, in 1835, he was brutally killed. Many believed the perpetrators were sympathisers avenging the execution of the three men nineteen years before. The house was sold and renamed Orlagh House. It later came into the hands of the Augustinian Order who used it as a novitiate for many years. In 2017 it was sold to a private consortium who lease it for private functions today. 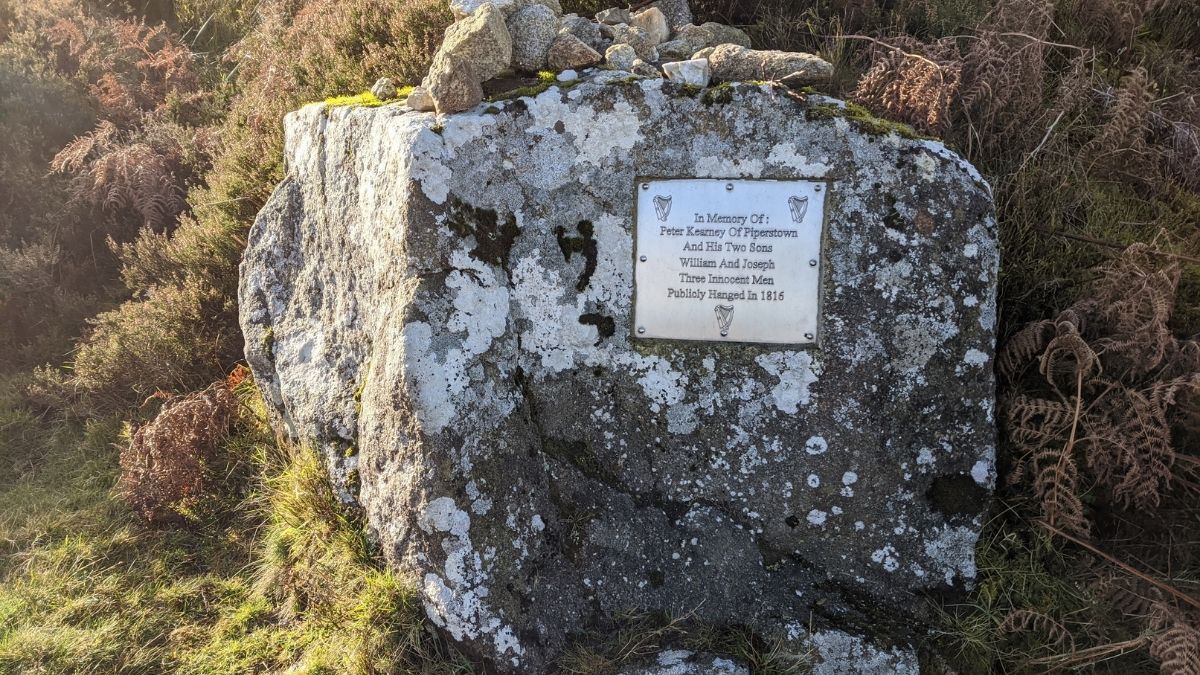 Today, on the side of a mountain path near the village of Castlekelly, overlooking the reservoirs of Bohernabreena, and about 6 miles south east of the house on the side of the road, there is a granite stone with a plaque commemorating the three men executed in 1816.

It reads: In Memory of Peter Kearney of Piperstown And His Two Sons William and Joseph Three Innocent Men Hanged in 1816.

One wonders if the brave action of Mrs. Kearney thirteen years before, in her family home, the house on the side of the road, was a factor in their fate. 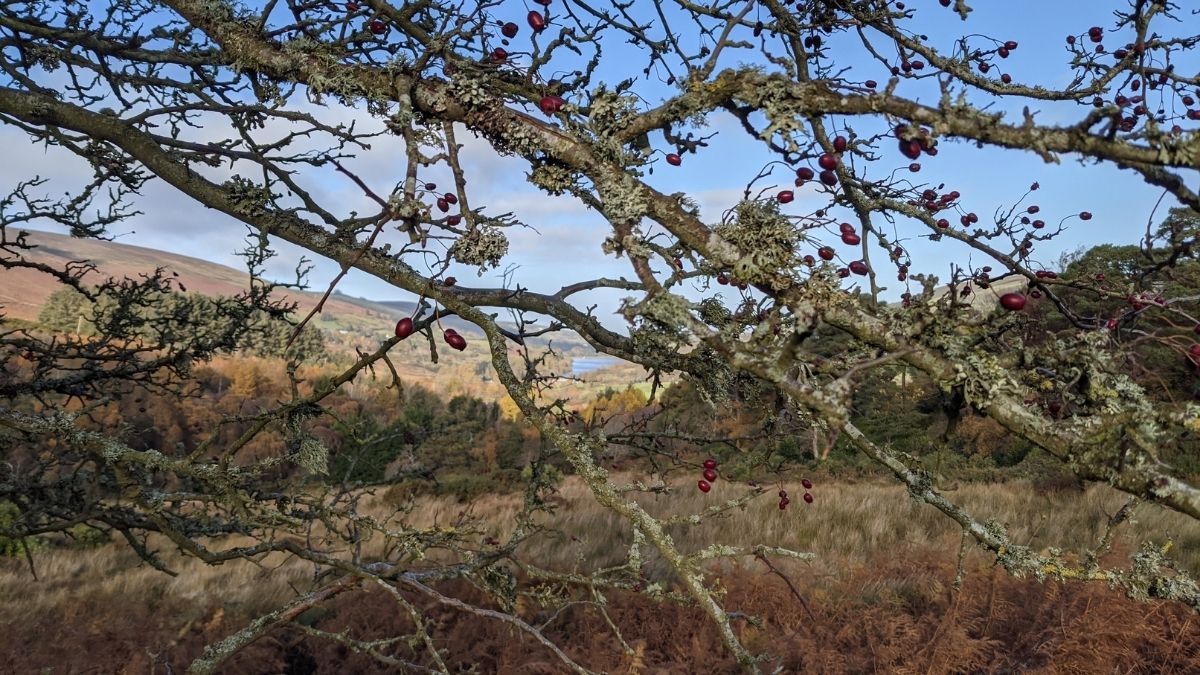 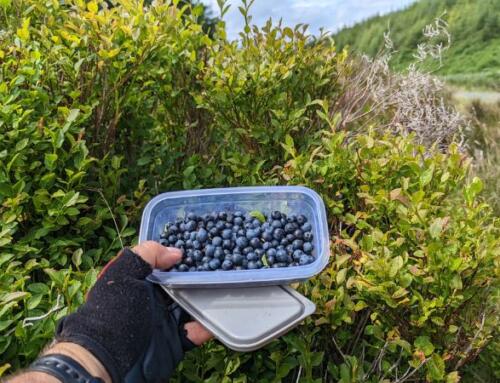