HIDDEN HIKES YOU MAY NOT KNOW IN COUNTY DUBLIN 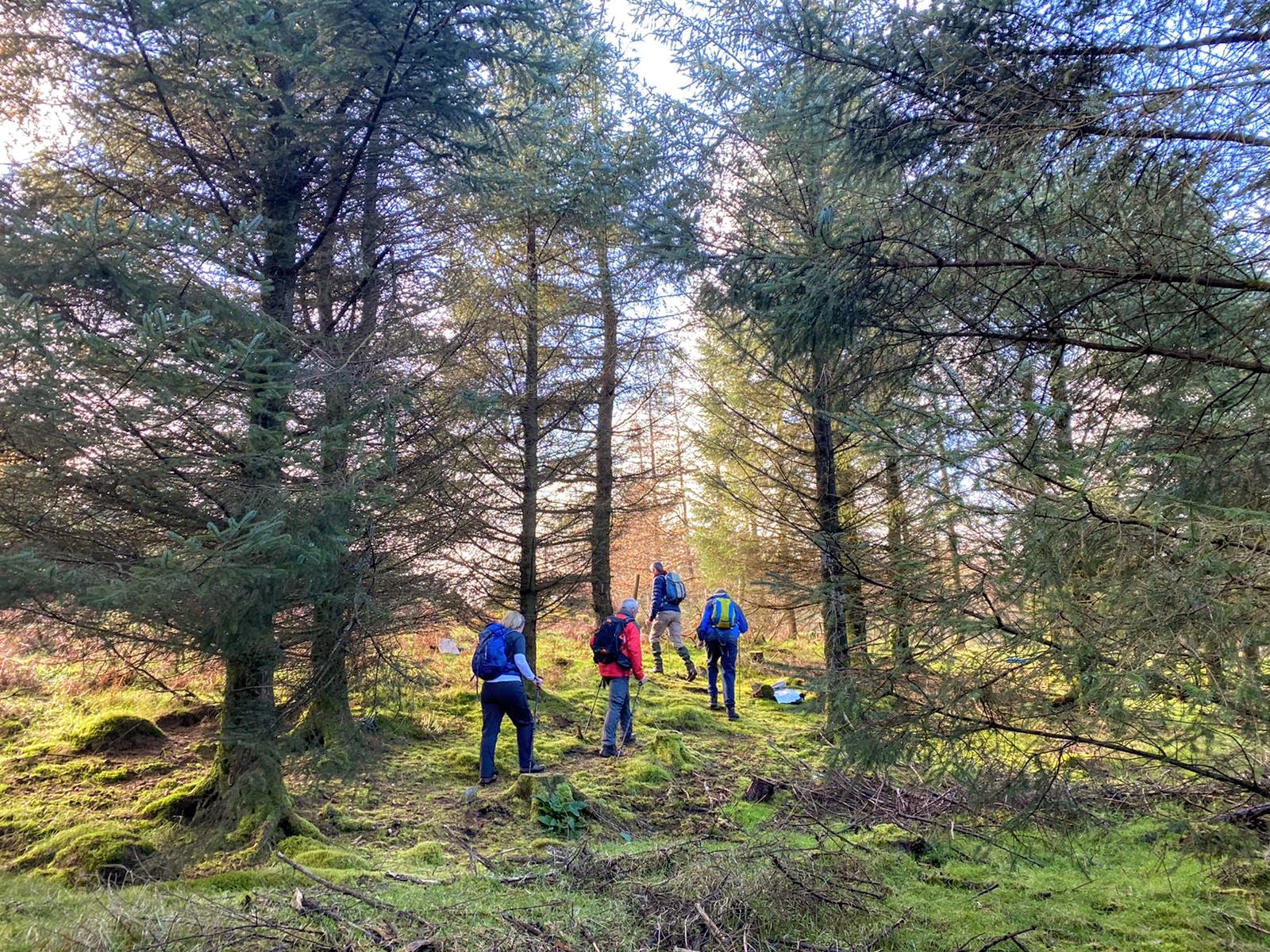 As we look forward to a gradual and safe re-opening from our long period of restrictions from 5km to county wide or 20km, I decided to put together and share some of my favourite hikes in my own county of Dublin.

One of the challenges we all face when venturing outdoors into the hills is when we all flock to the same popular spots and follow well trodden paths, we create congestion, social distancing becomes difficult, and our endeavours to exercise safely and responsibly become self defeating. Add in consequences such as soil erosion on over-trodden paths; congested roads and blocked local access; discarded waste and litter, and so on, the question as to whether or not a losing battle is being fought occasionally looms, despite the best efforts of individuals and groups who care, creating awareness, promoting leave no trace principles, and the overall good will of the vast majority of people.

With all that in the mix, why not write a blog that identifies and describes some hikes and walks which are perhaps a little less known but which offer experiences which are no less enjoyable. Depending on proximity and means, some of them may be accessible by alternative modes of transport to the private car, such as public transport, or even the trusty bike! Where the private car is the only viable option, I have attempted to chose routes where parking is, as much as possible, readily accessible, relatively safe, and with sufficient capacity to avoid impeded roads and access points.

While each of these hikes is suitable for people of all levels of experience, who have a reasonable level of fitness and are in good health, there is naturally a variance in the degree of difficulty between them. An indicator is provided on the metrics description in each hike. For general guidance on hiking in these parts, you can refer to my previous blog.

Regarding time duration, while there is a standard formula for estimating based on distance and ascent, from experience there are far too many variables to provide a meaningful estimate, such as fitness levels, weather conditions, underfoot terrain, frequency and duration of stops, and so on. Therefore time duration estimates are deliberately omitted from this blog; suffice to say that the general range is from approximately three to six hours, so a packed lunch or at least some snacks would be the order of the day!

As we look forward to a gradual, staged and safe exit from level 5 restrictions, I hope that by sharing these alternative routes, more hikers and walkers may be tempted to give them a go and thus go some small way to disperse the increasing numbers of visitors away from the over trodden paths to those less travelled, and lighten the environmental load!

Over the next 7 days, starting today, I will post a detailed description of a different hike each day, so stay posted so you don’t miss out on the one for you!

While there are many types of hikes, this series will focus on 3: point to point, loop or circuit, and figure of 8. Your own circumstances, such as whether or not you have your own private transport, for example, may influence which type is for you. Here’s a description of each.

Very simply, point to point hikes mean that you start and finish in different locations. If using cars for transport to the start and finish, a minimum of 2 cars will be needed, depending on the size of the group. Allowance needs to be made for extra time, and fuel, to perform the necessary car drop, that is driving sufficient cars to the finish point before driving back to the start to commence the hike, and doing the reverse at the end of the hike. Because of the extra time involved, not to mention the logistics, this type of hike is less popular, unless another form of transport is used to get to the start and from the finish, such as a bus to drop off and collect.

The point to point hikes selected in this series go one better again: their start and finish points are all served by public bus transport, so you only need to know the timetable and have your bus fare or LEAP card!

As opposed to the point to point hike, the loop or circuit, as the name suggests, means you start and finish at the same location. This is the most popular type of hike for the obvious reason that you only have to park once, if using your own private transport, saving time while being kinder to the environment. However, good planning is still necessary to ensure that parking is available, adequate and accessible from start to finish.

For this series, some of the loop hikes also have public transport options for access, albeit with a little extra walking to and from the nearest bus stop.

A type of loop hike in a way, except there are 2 intersecting loops meaning you pass the same point at least twice if not 3 times. There will be one such hike in this series, and this one has the added bonus that there is somewhere you can lock your bike. So if you fancy a super active day out biking and hiking, stay posted for this one later in the series! 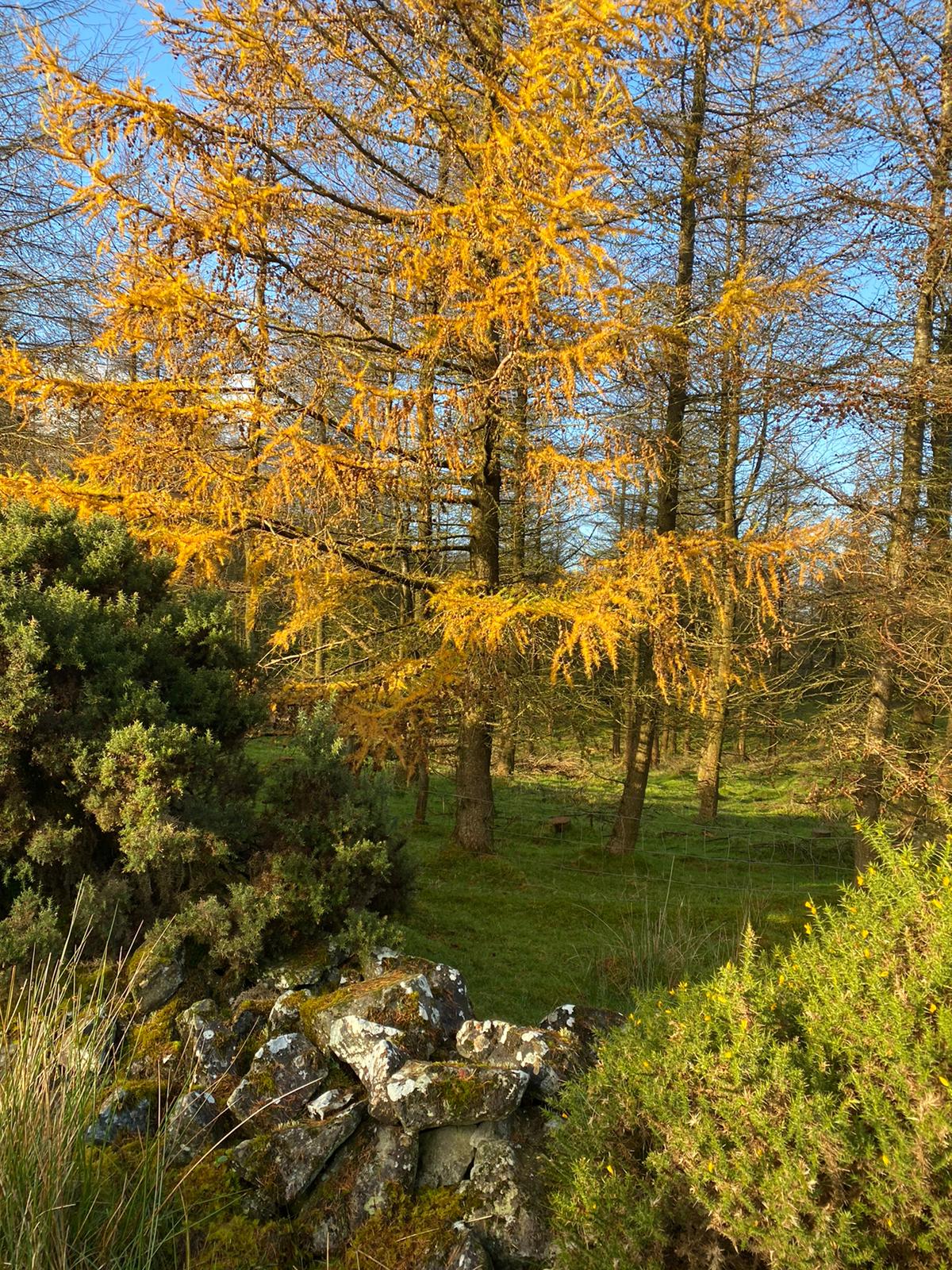 If you thought that the Dublin Mountains offered little beyond a handful of enjoyable but well trodden trails, think again. When you reach the summit of Seechon, the highest point of this hike at 647m, it’s hard to believe that you are less than 20km away from Dublin City Centre. Situated on the western flank of Glenasmole, the valley of Dublin’s River Dodder and reservoirs supplying water to much of the county, you will enjoy some fine views if you are lucky with the weather. There are more adventurous options to explore several nearby peaks, but caution is advised as the paths frequently vanish, much of the ground is soft with the inimitable peat hags to negotiate, and the often flat, repetitive landscape all mean that good familiarity with these parts or navigation skills to match, or both, are a must. Throw in poor visibility and the proximity to the Kilbride Rifle range one might easily stray into undesirable territory! For this reason I have confined this hike to just the one major peak, with well defined paths or forest road the whole way, but you still enjoy the vista on offer.

Starting on the road, you can choose whether to complete the loop in a clockwise or anti-clockwise direction. I prefer the former, if only because where there is climbing to be done,  I prefer to tackle it sooner rather than later.

From the chosen start point, a forest road first takes you southeast before turning in a northeast direction. Flanked by conifers either side, this gently uphill section is pleasant in all types of weather; even on those dank, dreary days a fix of the oxygenated forest air goes a long way. You’ll need it, mind, for just before the trail comes to its rounded end, a mountain path to the right brings you up along the Ballymorefinn ridge in a southeasterly direction towards Seechon.

Not far from the summit, a crossroads of sorts presents itself. A left turn will lead you east to a path that will bring you down the western slopes of Glanasmole; a right turn is possible but you will take a circuitous route around the summit and thus missing it, and more importantly its megaliths. So straight on it is. In fine weather you will enjoy stunning views of the Dublin and west Wicklow mountains. View from Ballymorefinn overlooking Piperstown and Dublin in the distance A milky sun over Seechon At least eleven ancient burial mounds or tombs have been found among the hills of south county Dublin, nine of which are at or close to hilltops, and three of these are on Seechon itself. So, for those with even a passing interest in such relics of the ancient past, this mountain surely gives you best bang for your buck. More commonly known and referred to on maps as Seahan[1], its name bears a clue as to its ancient origins, as indeed, do two of its neighbouring peaks, Seefin and Seefingan. In each case, the first syllable is an anglicisation of the Irish word sui or suigh meaning sit or seat, which is believed to be a reference to the ancient megaliths. In the case of Seechon, maps dating from the 17thand 18th centuries show the name Seavick na Bantree, an apparent anglicisation of Suigh Mhic na Bhaintrigh, which means seat of the widow’s son. The most visible is at the summit itself, an enclosed cairn capped with a prominent triangulation or trig pillar, for short; a relic of the re-mapping of Ireland commenced in 1959. To the east is another cairn, this time with a passage, and covered with a large capstone. To the west are the broken remains of a wedge tomb, a type not usually seen at this altitude.

The path down meets a forest edge where you will continue down using it as a right hand rail for a short distance until you see a trail on your right heading through the forest in a northwest direction. Take this until you meet to a T-junction at  forest road, turning left to meet the road again. Turning right and heading downhill for a short distance, look out for a gap on your left hand side leading to a forest path. Take this path, then a right and a pleasant trail brings you circling around Black Hill and back to the road. Turn right and head back up the road for a short distance to the start and finish point. Looking north along the Shankill Road towards Dublin There are no public transport routes to the start and finish of this hike, and neither is there dedicated parking space. However, there are a number of locations where parking of up to 3 to 4 cars is possible, without impeding the road or blocking the Coillte forest access gates. For the start and finish of this loop walk, I have chosen one such location at the entrance to a forest road where limited parking is available on either side of the road. Though unnamed on most maps, it is the Shankill Road – not to be confused other roads of the same name –  which joins the R114 with the R759. It is located here (53°13’36.6″N 6°23’23.3″W).

Believe it or not but there are parts of county Dublin so remote that you would be hard pressed to find even a small café, and this a good example! That said, for a welcome cuppa and snack at the end of the hike,  after a ten minute drive you could try Thru Barrista. As the name suggests, it is a convenient converted cabin which operates as a drive-through: clearly an opportune venture opened during the pandemic restrictions. It is well located by the village of Brittas where the R114 meets the main N81, also known locally as the Blessington Road. Indeed, you could do worse than cross the road to admire the carved wooden statues and peruse the text of some or Ireland’s ancient mythological characters whilst enjoying your refreshment.

For a more substantive meal, way from the city, one of the nearest towns is Blessington, with plenty of options. A favourite spot of mine is The Avon. This country hotel is located in a picturesque spot by the Blessington lakes and, offers a variety of café and bar food. Indeed, if planning a multi-day hiking trip, this would be a good base. Guided Day Hikes and Walks in Ireland’s Most Beautiful Locations

COUNTDOWN OUT OF LOCKDOWN 4

COUNTDOWN OUT OF LOCKDOWN 3